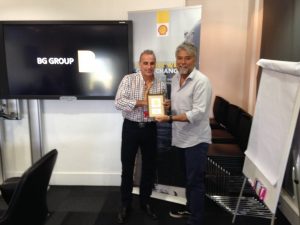 Héli-Union has just ended its contract to support BG Group’s offshore drilling operations for two natural gas wells in blocks 1 and 4 in Southern Tanzania. The operation lasted for 3 months from November 2016 until January 2017. Héli-Union supported the operation with its AW139 helicopter for passenger transport and another AW139 for MEDEVAC services.

Mr. Patrick Molis, the CEO of Héli-Union commented, “We are very pleased that BG Group chose Héli-Union to provide helicopter transport support for their drilling operations in Tanzania. Héli-Union is very determined to give only the safest and the best service for our clients. This activity has marked the expansion of Héli-Union’s footprint in Africa and we intend to spread our wings even further. We do not cease to improve and we hope that Héli-Union will be able to provide BG Group with more of our service in the future.”

For its safe and efficient service, BG Group has awarded Héli-Union with recognition medals at the end of the successful mission.