Héli-Union SARL was created by Jean-Claude Roussel, the President of Roussel laboratories who was mesmerized by the helicopter transport industry.

Héli-Union made a close alliance with Hélicop-Air, and launched its first Oil&Gas mission in the Algerian desert to assure quick transits and sanitary evacuations with its Alouette II.

Héli-Union increased its range of services from Offshore/Onshore personnel transport for Oil&Gas producers, to television coverage of the 1968 Olympic Games in Grenoble.

During this decade, Héli-Union started to develop internationally by entering the Algerian, Senegalese, Dutch, Mexican and Canadian market for the first time.

Héli-Union started to purchase shares of Air Gabon and became a major shareholder of Air Gabon until this day.

Héli-Union Helicopter school was established in Paris and Tarbes lourdes airport. Approved by the French Civil Aviation, It was a completely self-contained and fully equipped school with the latest instructional material.

Héli-Union entered the South American market for the first time using its Lama helicopter, by signing a contract with Total and Hispanoil in Bolivia.

Héli-Union signed its second contract in South America with an American oil company, Exxon, via a local Brazilian associate.

Héli-Union was one of the first companies to operate Dauphin N for offshore Oil and Gas activities.

In collaborations with Conair, Héli-Union rented 6 of its Lama Aircrafts to the Civil Security Association (CSA). The purpose of this collaboration was to execute a water bombing service for the CSA.

All the maintenance activities of Héli-Union were relocated from Issy les Moulineaux to Toussus Le Noble.

Héli-Union assisted one of today’s most known motor suppliers, Turbomeca, by lending one of its fleet as a prototype to create a more functional version of s-76A, which then known as S-76A+.

Héli-Union was one of the first Offshore/Onshore helicopter service providers that was experimenting with GPS (Global Positioning System) at the time. 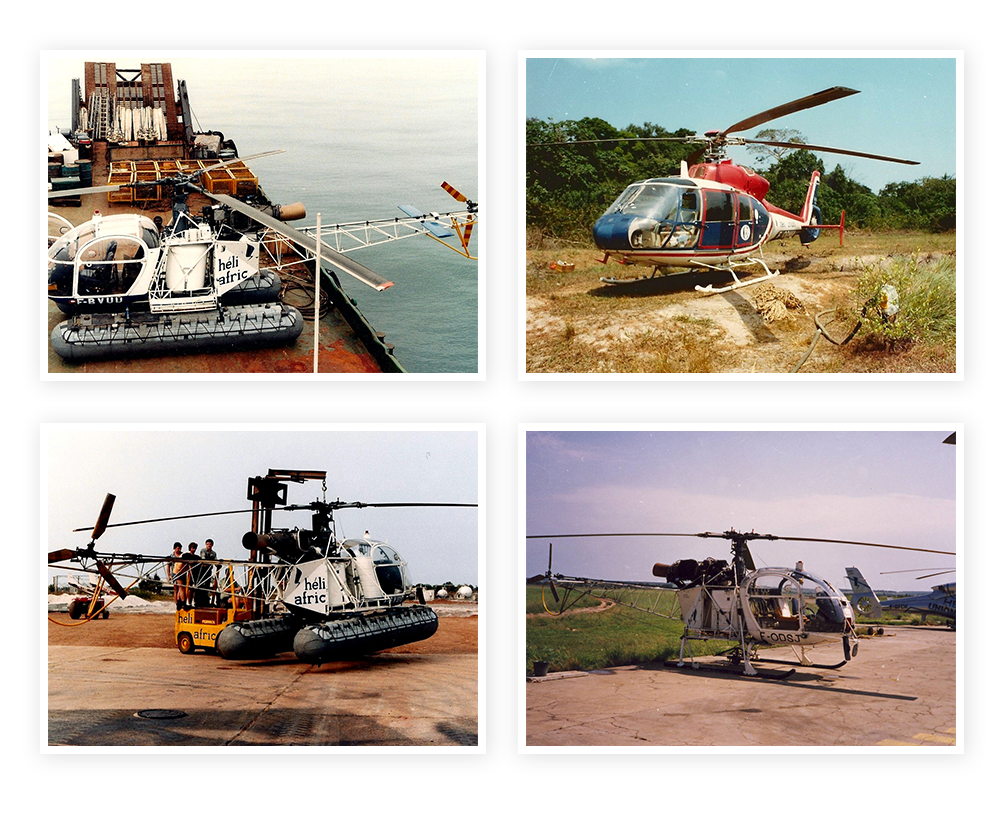 Even after 30 years of service in the industry, Héli-Union did not cease to grow and had expanded its presence to: Russia, Spain, Egypt, Ivory Coast, Ghana, Sicily, Italy, Malawi, Germany, Venezuela, Guyenne, and Peru. 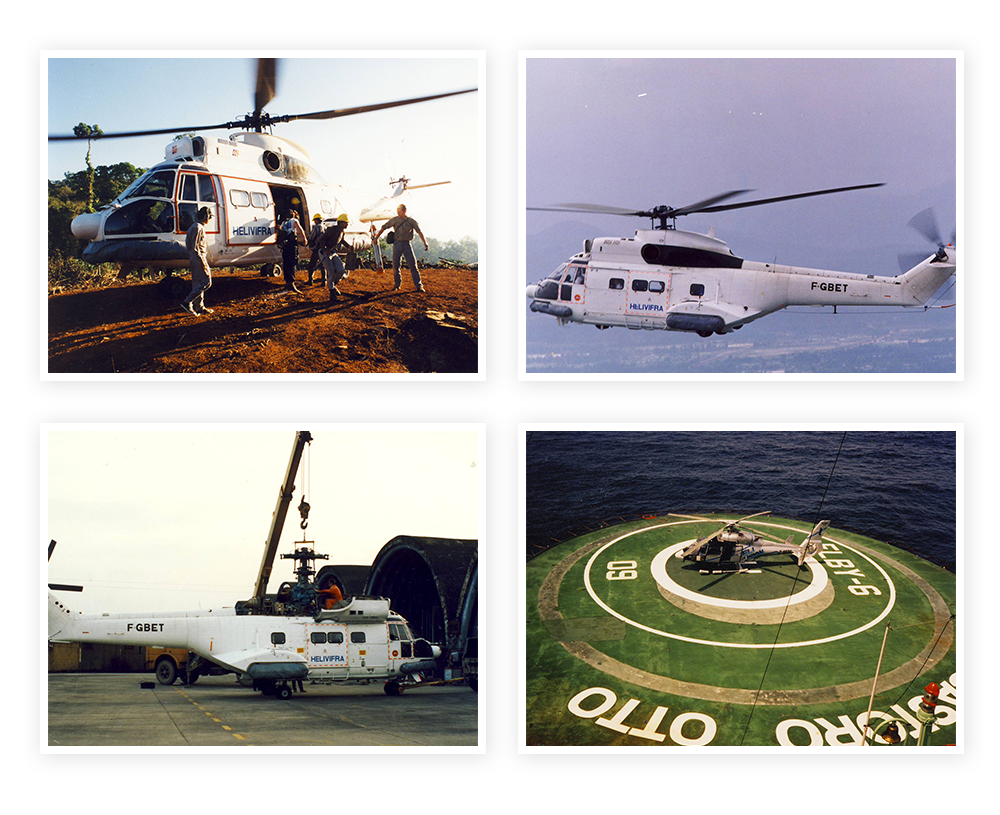 Héli-Union decided to separate from its French subsidiary in order to focus on international offshore market.

Héli-Union Training Center is now one of the most advanced training center specialized in educating pilots, technicians and engineers. 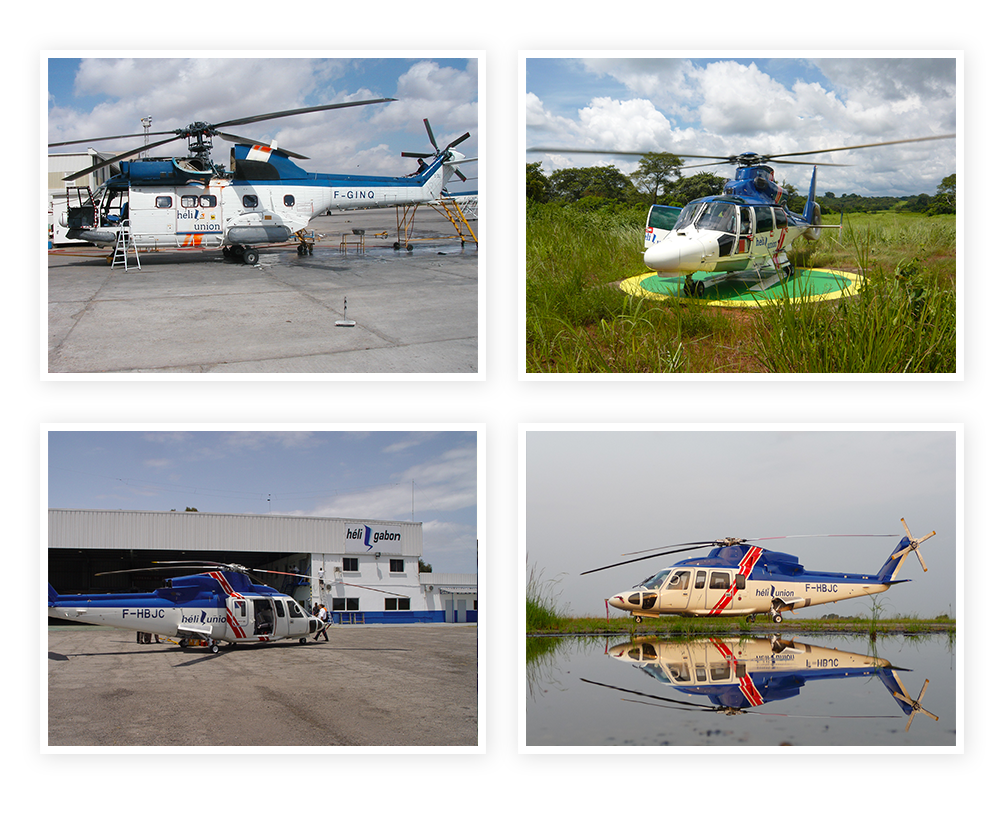 Héli-Union Industry expanded its reach in the African market by establishing an office in Nigeria. 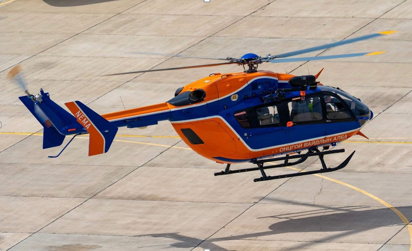