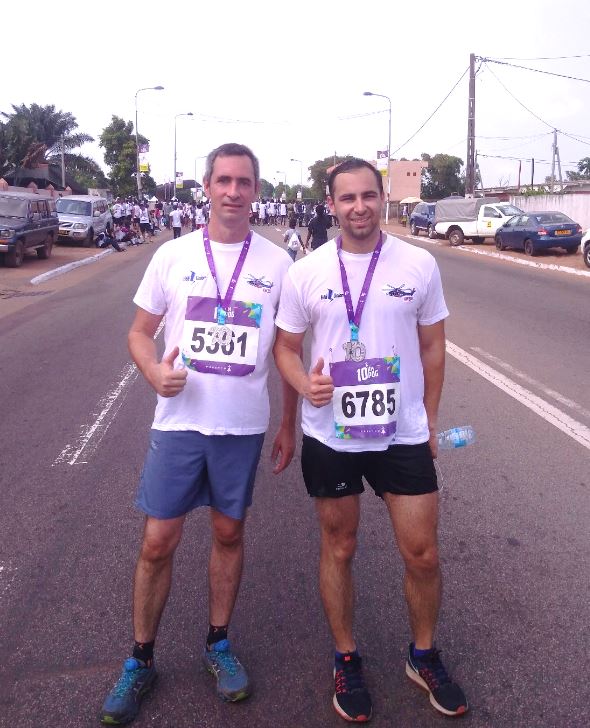 The 10km POG marathon took place on the 24th of June 2018 in Port Gentil, Gabon for the second time. Gabonese President Ali Bongo Ondimba gave the starting signal for the running event.

With more than 7000 runners participated in this event, among them is Leonard Komon, Kenyan long-distance runner and the current world record holder in the 10 kilometres and 15 km road races.

As the oldest helicopter operators supporting the Oil and Gas industry in Gabon, Heli-Union decided to participate in the event and was represented by two pilots.

Unfortunately, these two young pilots were not able to brought back victory being among the presences of world champions in the event, but their participations are greatly appreciated.